过 (guò) in Chinese grammar: past experiences, past actions

The particle 过 (guò) is used to talk about past experiences or past actions in Chinese grammar. It is placed immediately after the verb to indicate that that verb was done or experienced in the past. In English, the equivalent would simply be “have”, e.g. in “I have done that”, “I have eaten”, “He has seen it” and so on.

Basic use of 过 for past experiences

The most basic structure for 过 is to just place it immediately after the verb without an object:

Have a look at some example sentences for how to use 过 in this way:

I've heard about that.

In each case, the speaker is expressing that they've already done an action at least once before in the past. Using 过 doesn't give an exact time to the action

Note that whilst the Chinese sentences above don't have objects as such, their English translations do. This is because Chinese can often omit the object if it's clear in the context, whereas English usually cannot.

Using 过 with an object

You can also use 过 in sentences with an object. The structure only gets slightly more complicated - you just put the object right after 过.

Have a look at some example sentences for 过 with an object:

I've been to Canada.

Have you seen him before?

He's had this kind of dish before.

You could think of the verb and 过 as combining into one unit: the action plus the aspect (aspect refers to whether or not the action was completed). Then the object just comes after this unit.

Using 过 in a topic-prominent sentence

This might seem a bit weird but when you see it in action it should seem a lot more straightforward:

Have you seen this film before?

I haven't heard about that.

These sentences draw particular attention to the topic (the thing that comes first), and may indicate a contrast depending on the context. For example, the last sentence might come right after the speaker says they haven't eaten some other kind of food.

Because 过 is about past actions, you have to use 没

to negate it. The structure for this is:
[subject] 没 [verb] 过 [object]

As is often the case in Chinese grammar, the object is optional and the subject is even more optional. 没 can also be swapped for 没有 for emphasis. Have a look at some example sentences:

I haven't seen it.

I haven't drunk your wine!

He hasn't been to America.

That last sentence might be quite a nice one to practice your tones with!

Because 过 is used to talk about things that have been experienced in done in the past, you can combine it with 从来没有 to say that something has never happened. The structure for this is:
[subject] 从来没有 [verb] 过 [object]

Have a look at some examples:

I've never eaten so much before!

He'd never seen such a big dog before.

Saying the full 从来没有 is quite emphatic. You can often reduce it to 从来没 if you don't want such a long sentence.

The difference between 过 and 了

The two particles 过 and 了 (le) might seem quite similar: both can be used to talk about completed actions. The difference is:

She's been to Japan (and she's no longer there).

If you're not used to 了 grammar then the above sentences might be quite confusing. English has distinct ways of expressing the two possibilities for each of the 了 sentences. When you say the Chinese sentences, though, it's not definite which one you mean.

Using 过 and 了 together

Things can get trickier still, though! You can use 过 and 了 in the same sentence. When this happens, you're always dealing with a ‘change of state 了’, also known as ‘sentence 了’. Change of state 了 is like saying “it is now the case that”. Things have changed, or there is new information.

When this combines with 过, you get something like “it is now the case that something has been done”. This is nearly always used to talk about frequent, every day actions. Sentences that combine 过 and 了 are also about specific objects, i.e. ones that the speaker and listener know about already.

Have a look at some examples:

Have you had a shower?

Have you taken your medicine?

Note how all of these sentences are sort of ‘status updates’. The thing has been done. Also note how they're all about specific objects, or at least common actions that both speakers are used to and aware of already.

Whilst 过 + 了 is nearly always about frequent actions, we did manage to think of a couple of situations where it would be used for one off or special events. Have a look:

We've now been to America! (Said to your companion on the flight home from America.)

Have you ever been to China?

Have you had baijiu before?

Have you seen this film before?

You've heard about it, right?

How come you didn't say?

As you can see, 过 can combine with all the usual ways of forming questions in Chinese grammar.

过 is for repeatable events

One final thing to note about 过 is that it's only supposed to be used for repeatable events. It's for actions that are completed and in the past, but have been done at least once or could in theory be done again in the future. This is why 过 is described as being about experiences - the action or event has been experienced.

The sort of actions that you can't really use 过 with are one-off or once-in-a-lifetime events that by their nature can't be done twice, such as dying or being born. You might also include graduating from university and getting married as one off events that can't be used with 过, unless you plan on doing them again in future (e.g. getting a PhD, or after getting divorced).

Because of that, if you do use 过 with one of these actions, the implication is that the action is done with now, and possibly that you might do it again in future. For example:

I got married once. I've been married before.

So be careful not to say embarrassing things with 过 by making it sound like something is done with or a thing of the past!

Because we're in the mood for contrived scenarios today, we've come up with one where you could theoretically say “死过”. Imagine that person A is talking about the afterlife with great conviction and as if they knew everything about it. Person B is sceptical of their experience in this matter, and says:

Oh, so you've died before?

As you can see, though, these situations are really weird. The general rule is that 过 is for repeatable events only. 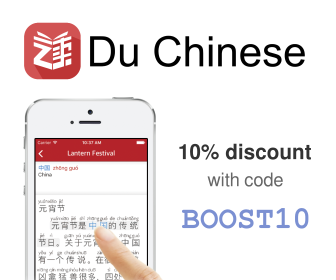